Katie also heard from one of her friends that No-Nose has it in for Sam, because he is sweet on Lisa, who likes Sam, and teases Sam about running away when she asked him out. He already knows it's sometime near Thanksgiving, because was his senior year and they always opened the basketball season against Bentleighville, which Al says is why Sam leapt there. In the original order of events, Sam's team lost that game, or rather, as Sam puts it, HE lost the game because of how badly No-Nose beat him on offense, defense, and just plain beat him, and spent many nights wishing he could replay the game.

Al tells him he's going to get that chance as that game would have been a turning point for a lot of people; if they had won, the team would go on to be state champions, his coach would have accepted a position at the University of Iowa and go on to the NBA and some of his teammates would get basketball scholarships and become doctors. Al tells Sam all he has to do is win the game against Bentleighville and he'll leap, but leaping out isn't very appealing to Sam.

Sam thinks if he stays, he can help his father live a healthier lifestyle to prevent the heart attack that kills him, he can stop Katie from marrying Chuck — an abusive alcoholic who beat her, and could stop Tom from going to Vietnam, thus saving his life. Al doesn't think it's possible and reminds Sam that they tried that sort of thing with Beth, and that some things aren't meant to be. He reminds Sam that he's supposed to help people, reminding him that any leap could be the leap home.

But as far as Sam is concerned, he's already home and still wants to try. Sam tells John that his lifestyle promotes cardiovascular disease which makes Thelma think Sam will be a doctor and that John has to stop eating foods high in cholesterol and saturated fats, stop smoking, and start exercising, but John believes he is healthy, works hard and will continue to eat what he raises dairy products.

John goes to buy more cigarettes which Sam has burnt along with the trash and Thelma tells Sam that he had been very mean to his father. Katie thinks it's because John is the same age his father was when he died. Thelma agrees to cut some fat out of their meals after Thanksgiving, but tells Sam not to remind John about his father's death again. Sam thinks he will change their futures, but Al tells Sam he has to get to basketball practice. Sam doesn't want to go because he doesn't want to leap, but agrees when Al tells him he will get to see his old friends again, but says he's not going to play in the game.

Al says if Sam really believes he is here to help his family, he shouldn't worry about leaping if they win the game. The man who is wearing an ape mask has great skills, and Sam thinks he knows him. When he playfully hits Sam in the head with the basketball, Sam immediately knows it is his brother Tom and pulls him in for a hug. Tom and Sam go hunting in the cornfield, and Tom tells Sam about his training, being pushed well past his limits and never thinking past the evolution he is in.

Tom wonders why Sam is being so unpatriotic, and Sam says that if his brother's life is in danger it should mean something. Tom believes that Vietnam is America pushing its own limits, and that he took an oath to God and his country. Now having realized that Sam thinks he's not coming back, Tom tells him that neither of them can see the future, but Sam confesses that he can, correctly predicting that Tom will flush out two birds, hit the first and miss the second, stunning Tom.


Sam's parents and Tom have a doctor examine Sam. The doctor believes that Sam is simply under a lot of stress, doing his senior year so young and having numerous college offers, and out of fear of losing Tom, his mind has created a creative way of handling it, believing he can see the future. The doctor advises the family to simply play along and that he will outgrow it. Katie plays along too, asking Sam about the future.

He gets frustrated realizing she's just humoring him, so she asks him about the Beatles, and if Paul is dead which she heard when playing the White Album backwards. He tells her Paul's not dead, and that after the Beatles split up he forms Wings. He starts playing it, and Katie is clearly into it, but starts crying, having realized that because the song doesn't exist yet, that Sam actually is telling the truth and that Tom actually is going to die.

She runs to her parents and Tom and tells them what happened. Al tells Sam that nothing is changing, except making their present miserable, and that he should just say he made it all up. Reluctantly he agrees and runs off in tears. Sam runs into the cornfield, where Al tries to comfort him, telling him he did the right thing.

Sam says he always does the right thing, and wonders why he can save strangers but not the people he loves. He angrily tells whoever is controlling his leaps that he quits before running off again. After giving him a few minutes to calm down, Sam tells Al how unfair he thinks his situation is. Now Sam must race against time and the forces of nature for the sake of a father and daughter at bitter odds—and for the life of his friend. A beautiful woman named Janna…Janna Calavicci. As in Mrs. Al Calavicci. But marital bliss may be short-lived as time runs out for Sam. And Al must make a deadly choice.

It could erase Janna from his life forever….

Maryland, Sam has leaped into a psychiatrist at Bethesda Naval Hospital. Now Sam must think fast, because some unhappy Pentagon officials have questions for Al. Questions about his imprisonment. His captors. And his reported treason against the United States of America…. May 10, Sam Leaps into a hard-living trucker, faced with family and financial disaster. May 10, Sam Leaps into a brilliant university professor, a man who seems to have it all. As of May 10, , Sam is on a collision course with himself—trapped in twin brothers who are mortal enemies…. In , in a small town in upstate New York, Sam Beckett has a problem.

The program is about to be cancelled, and if it is, Ziggy says terrible things will happen to Sean and his friends as they grow up. But how can a twelve-year-old boy put right what is about to go wrong? In , in the center of the secret project known as Quantum Leap, Al Calavicci has an even bigger problem. The War for Independence has begun, pitting neighbor against neighbor.

Samuel Beckett must take his stand with one side or the other.

The Leap Home, Part I (episode)

But Samuel Beckett—the real Samuel Beckett—is now over two hundred years in the future, and his several-times-great-grandson has taken his place. Is Samuel Beckett a patriot or a Tory? Or, as some suspect, a double agent? September, A little girl named Teresa Bruckner is visited by an angel—a man in strange clothes, who says his name is Al.

He sings her a lullaby and promises to come back someday, before vanishing in a flash of blue light. April, Looking back on the show, which episodes are you most fond of? Which kinds of leaps did you enjoy doing the most? Well, we did a lot of musical stuff. That was a lot of fun.

We tackled a lot of social issues, so that was always good. I had favorite episodes that I loved. That was a really sweet episode, and very poignant. That was followed by going to Vietnam in an episode trying to save his brother. 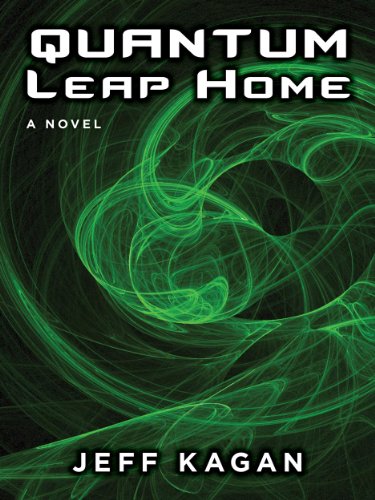 We did so many interesting episodes and we kept finding ways to branch out. Not always fun for me, because of the clothing! So the show kept opening up.

It was a wild ride! It was terribly difficult to make. Everything had to be created new and unique to each episode, so it was these little mini period movies, around 53 minutes long back in that day. Everybody worked their tails off, but that also gave us a bonded group. And Don [Bellisario, the creator and showrunner] made everybody be on their game. He insisted that the license plates were the right license plates for the right period of time, and the pants were the right length and the shoes were the right kind.

He was a stickler for all that stuff. Every episode is true and consistent. But I was so struck by how empathetic it felt. I just ran with what felt truthful and what felt honest about each situation. Those kinds of things were wonderful to try and get right. There was a certain responsibility to the show that Don never really wanted. Our job is to entertain.